7 replies to this topic

After close on 5 years, the trusty 8th Gen i-DTEC tourer and I have parted company.

I’ve kept scrupulous records for my car, detailing all servicing costs (all the routine stuff was done on the drive at home using genuine parts at half the recommended intervals –thanks Holdcroft & LubeTech), road tax, insurance, fuel, depreciation etc.

The similar post I made about my 7th Gen didn’t make the cut in one of the admin spring cleans, but I kept the details and will compare below:

Both cars were 2.2 diesel tourers. The 7th Gen was a 5 speed i-CTDi and the 8th Gen was a 6 speed i-DTEC. I suspect the better mpg on the later car was as much to do with the extra gear than the engine design. My commute and driving style has remained pretty consistent over both cars so the comparison is probably fairly valid.

It seems 8th Gen has been a little more expensive to own, largely due to the parts and servicing costs. I think I was just unlucky to need a headlight, clutch and driveshafts. I also had to put a full set of tyres and brakes on not long after I bought it, and the same not long before I sold it. 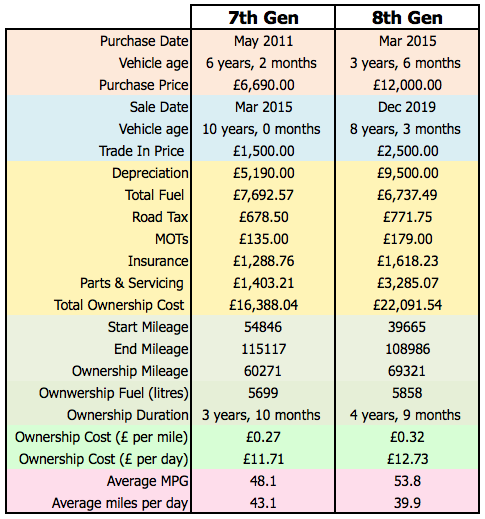 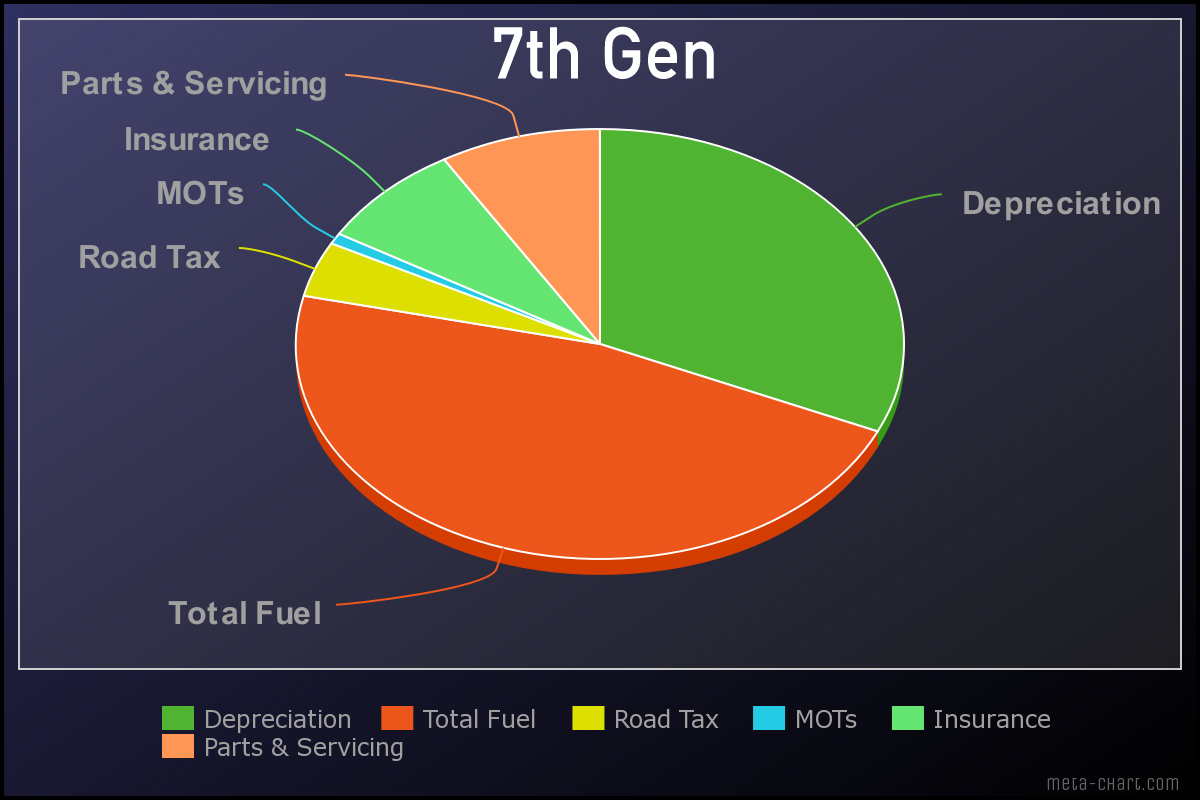 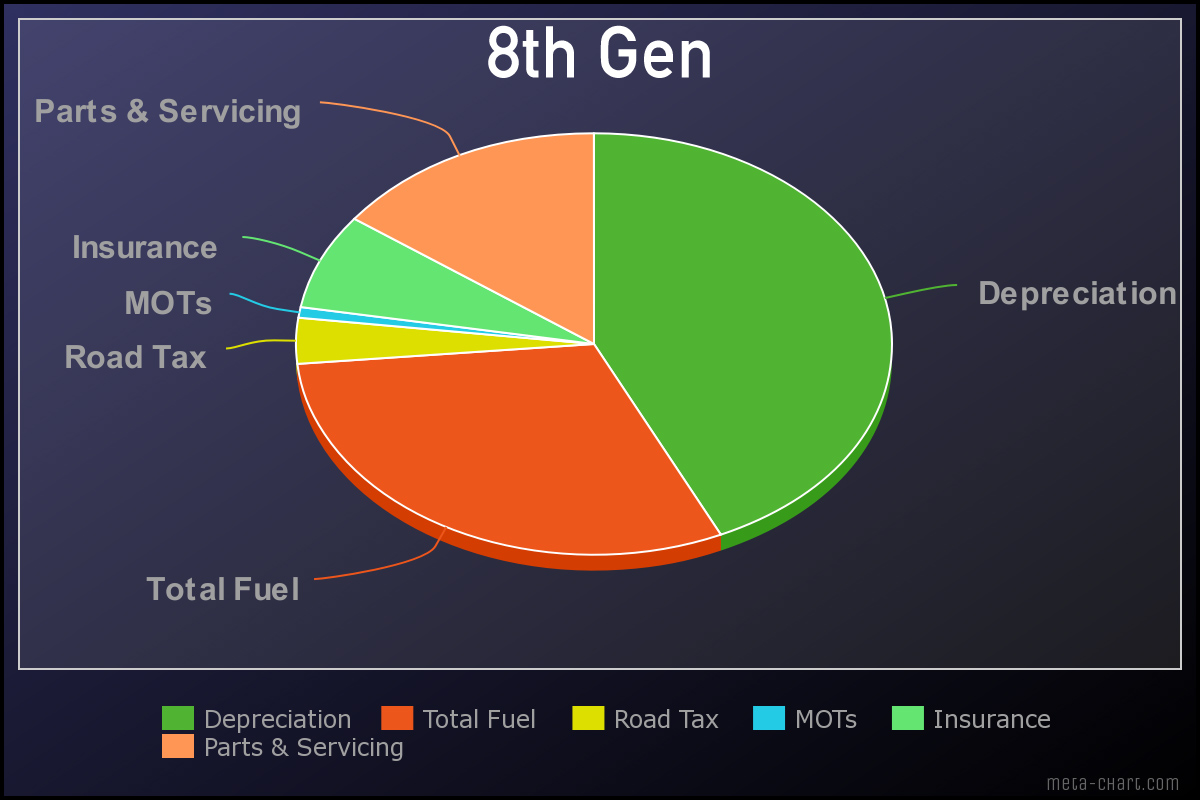 Sorry to see you go Matt & all the best.

Wow that’s some detailed analysis right there.. what are you replacing it with Matt?

The children are that little bit older now, so no pushchairs and the like to cart around, and work use of my estate car boot has fallen off lately so I've gone for something a bit smaller and more nimble - a 184 Golf GTD hatch.

It's early days but it feels very well put together, quick and efficient. But like breaking in a new pair of shoes, I really miss the old comfy ones. If I could have got a low mileage 2 to 3 year old 8th (or 9th) Gen I'd have probably stayed Accord. With none of Honda's other offerings really appealing at the moment, it felt like it was time for a change.

TA has been a permanently open tab for the last 8 years. I've learnt a lot, and hopefully contributed a little. It's one of the best forums I've come across (motoring and otherwise) and I hope to continue to be an active member.

The MK7 GTD is a lovely car, definitely the best in its class and nothing really compares in terms of build and refinement. I think it will serve you well.

You’ve definitely been one of our more active and contributing members Matt, and I really hope you continue to leave that tab open. The door is always open for you.

, good luck with the new motor.

Enjoy the new car Matt, it'll be a shame to see you go. I've used a good number of your DIYs to do things on my 7th and 8th gens they've been really helpful.

Back to Honda Accord Chat