CV joints of our Accords

Hello guys, i've decided to share with you about common? problem of our Accords - horrific vibration under acceleration.
The plan was is to investigate and if needed replace faulty parts.
So it happens that I started to feel slighty vibration during acceleration into hill, usually 3rd or 4th gear at around 2500rpms and up... That acceleration get worse and worse with time.

I have ruled out these items: tyre balance, dual mass flywheel... Because the symptoms of vibration when suddenly release acceleration pedal - vibration immediately goes away, so it occurs when the load is applied to the wheels...
I called to honda dealer they were very clear, replace both inner cv joints. Original parts costs 400pounds each and 200pounds for replace them both... For me it was quite expensive, especially there are no aftermarket parts in Lithuania for this car...

So first I have decided to investigate what went/is wrong with out axles. As "mighty car mods" says: first, jack up your car 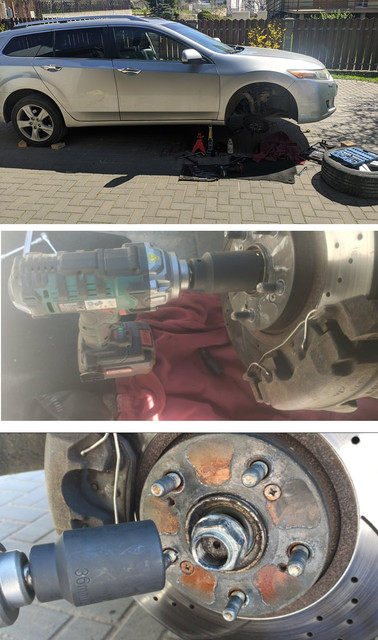 I was quite suprised that from LIDL bought ipact wrench have successfully cracked the axle nut! Those goes up to 350Nm!
I attacked passenger side first and stucked on taking out whole axle. I tried with prybar to remove - but no go. I have had on the desk laying some rebar for construction work, so i take an angle grinder and grinder it for smooth finish, and it worked like a charm: 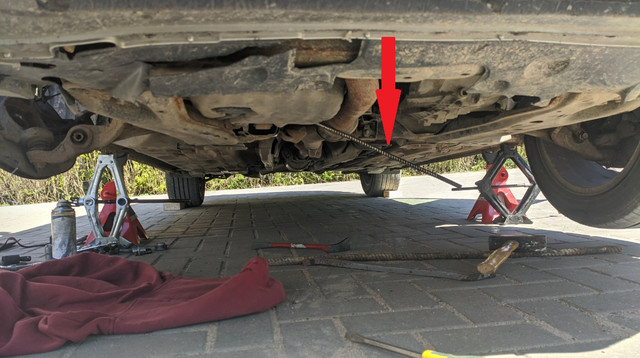 and that followed the messy part: and found a problem: 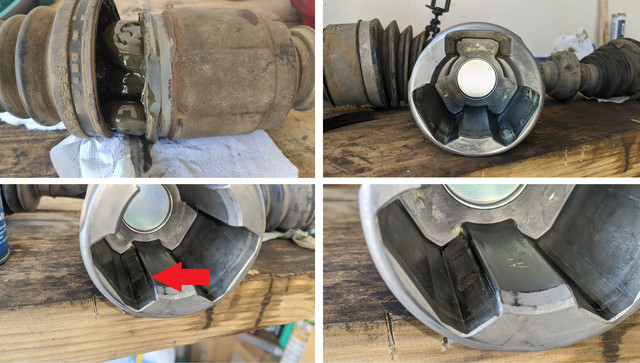 Somewhere i have heard, that honda uses specific/special inner cv joint grease, which i think that caused this problem.
The grease is very thin and light. As you can see, I cleaned the inner cv and it has yellow ressidue which is leftovers of that grease. 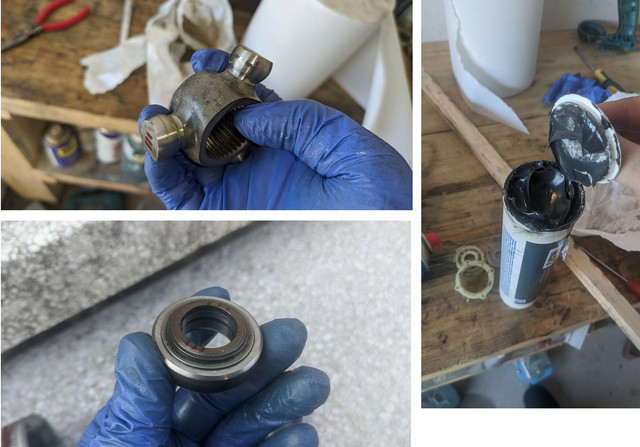 Anyway i did not have a replacement cv joint, so i regreased everything with molybdeum grease and put eveything back together.
Did the same thing with the drivers side, but i found out, that drivers side inner cv joint was in way better shape than passengers.

After this inspection i felt that car was better than before - just a simple regrease made a huge difference.
Vibration was still present, but you have to try harder to provoke it. More rpm, steeper hill, heavier foot

Then i began searching for aftermarkets CV joints, for me - original parts was very expensive, and aftermarket parts were found after long night searches.
There were a Poland manufacturer of driveshafts. I talked to them, because i was not sure, that drive shafts will fit, they told me - in any case, i can return the parts.
Took a lot of measurements where i could: 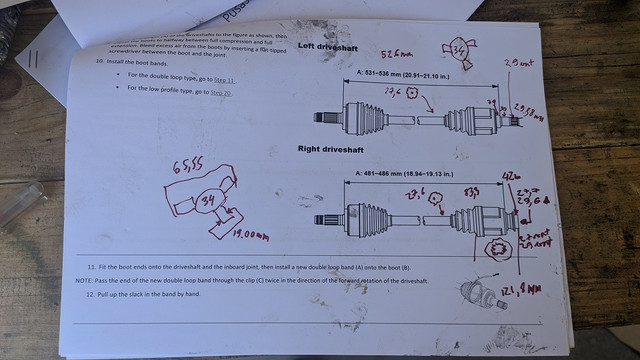 So I ordered passengers side whole drivesahft for 110euros and for drivers side i decided to change only inner cv joint - 40euros.

Parts arrived. For second time - it was a speed run to take out and switch axles. took about 30mins 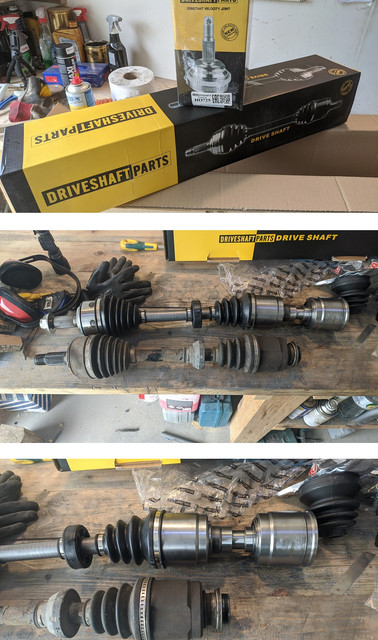 And for drivers side, rebuilding inner cv joint wasnt a rocket science:
remove old/new grease, snap ring off, new tripod on, snap ring on, grease grease grease (new grease was also a molybdenum grease, thick and heavy with graphite)
and put back everything together.

Thats it. No more vibrations under accelerations, car drives like new, vry happy with the result.

The inside CV joint you replaced, can you post the brand and model number please?
J

As you can see, from my "measurements"
Both tripods have 34 tooth.
Both cv joints which goes to differentual or into intermediate shafts have 29 tooth.