I've always been slightly disappointed by the performance of my Type S, and I've just been having a look through the previous owners 'service history/receipts' and came across a tiny little reciept from Kent Turbos, apparently a new turbo was fitted at 110k, and written in Biro on the receipt is 'Hybrid Turbo'. Hmmmm. Could this be the problem? I haven't investigated the car yet, but I have started searching for Turbos, and I can't find any definitive evidence that the Type S Turbo is different from the standard Turbo. But looking on eBay I have found a Turbo that states it was taken off a Type S, and also a Turbo from a standard I-dtec. Looking at the part numbers, they are as follows.

Does any one know if the Turbos are different?

That’s interesting, if your car has a hybrid turbo that’s probably why it isn’t boosting as expected. As for the differences, I’ve always believed they were identical but it’s worth dropping the manufacturer a line to ask for some clarification.

It's tricky trying to find out if they're different Turbos. I read reviews which say things like ".....the Type S gets tweaks to the Turbo and the cylinder Head" and then you read anectdotal quotes like "as far as I know they're the same" lol. However I've now discovered a company in Poland that supplies reconditioned Turbos, and lists different Turbos for the standard and the Type S.

The part numbers you have posted don't tie in with the car on your profile.

THis one states it is for the Type S and is the 177 BHP model.

Note - Turbo is off a Type-S model which has the 177bhp N22B2 Engine. No allowance will be made on labour cost incurred. ARDWICK, MANCHESTER.
www.ebay.co.uk

The second flags up a part number of 788131 from the part supplier, but not that it is from a Type S, it does not give the BHP. 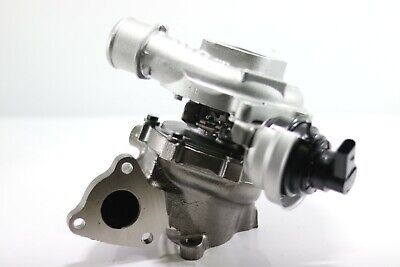 This one however mentions 110kW

(Channel Hopper) I should have updated my profile, I have a 2009 Type S i-dtec. The first 2 links you posted are the 2 I looked at on eBay, and the 2 that I got the part numbers from. 1890 RL1 G012 M2 and RL1 G010 M2. So just from those 2 numbers one could say that the G010 number means it's a Type S Turbo.
In th least link you supplied for the 110kw (150hp) the part number is 1890 RL0 G012 - RL zero not RL1, but still with G012. So is the G010 part of the number the important part that defines it as a Type S Turbo? Still not conclusive is it? There is no definitive evidence anywhere that states categorically that the Type S has a differently Turbo. The best evidence is from that Polish website that categorically lists different Turbos for the standard and the Type S.
C

I recall the only other power variant (before remapping) would be 132kW which equates to 177 horsepower. Since the two i-dtec engines have similar internal dimensions and compression (N22B / B2), the difference in specified output would be, in the main - down to the bolt on parts, and the turbocharger would be my first port of call.

So, you might have had the N22B turbo fitted when the garage should have been installing the version for the N22B2.

You realise there could be a happy non S type owner running around with 30 more ponies than they thought they had.....

It wouldn’t be that simple as the intercooler on the Type S is over twice the size of the stock one and the mapping parameters are totally different. We have had both type S and standard turbo in and they look identical externally with the same actuator so perhaps the vanes geometry is slightly different. I can’t give you a conclusive answer I’m afraid.

I did mention 'in the main' since a set of larger valves, or playing about with cam profiles isn't going to give 20% more on their own.

Note - Turbo is off a Type-S model which has the 177bhp N22B2 Engine. No allowance will be made on labour cost incurred. ARDWICK, MANCHESTER.
www.ebay.co.uk

This seller does appear to infer that the turbo they have for sale is for the N22B2 only, so I would suspect a look at the car's VIN number would confirm there is something specific to the engine type and possibly the age of the chassis.

I'm quite confident that the Turbo is from a Type S, but the question remains....is it the same as the standard 150hp one? Andy it's over £400 for a used one, whereas I can get a a standard factory reconditioned 'as new' one for about £300. As Fahad said, they both look identical. Which takes me back to the original question, and no one knows the answer lol. Only that Polish site which categorically lists 2 different Turbos. Take a look at it, the standard ones have a multitude of different part numbers, but NONE have G010 within the part number, only the Type S Turbo. This is the best evidence that the Turbos are different. Or are they just applying a Type S 'tax' to the standard turbo!
C

From another forum test

So Honda have kindly come along and made a range topping sporty version. Loaded with every extra from the standard range, some lovely sports leather seats and then a bonus 30PS onto the standard lump (so 180PS total), and an extra 30Nm of torque for good measure (so now 380 Nm at 2,000 rpm). These improvements come from a revised turbocharger, modified cylinder head and a bigger intercooler

Accord Type S i-DTEC The perfect A road tool? (No pics? you need to register to see them) I recently had the chance to do about 800 miles in the new Accord Type S i-DTEC. I took it to work and back (160 miles round trip on the motorway), I took it for fun blasts and I even did a very...

Channel Hopper, I'm not really sure what point you're trying to make. As I've already said, there's nothing DEFINITIVE that states it's a different Turbo. I've already seen that quote, but that doesn't PROVE it has a different Turbo. As for the G0xx being a red herring, GO14 isn't GO10 is it?! To repeat myself, the only real evidence is from that polish site, which leads me to believe it may well be a different one, but it's not conclusive. As Fahad has stated, the Type S and the Standard one 'look' identical, and the Type S has a bigger inter cooler, and a different map to the standard ones, perhaps that's where the extra 30hp comes from? Before I spend £500 on a Turbo I'd like to kmow 100% that it's a different Turbo, it looks like it probably is a different one, but no one knows for sure.

I think your best bet is to contact Garrett and ask the question.. it’s their product after all.

Good call Fahad. I'm beginning to suspect that's it's the internals that are different, I ***ume the housing can probably take different cartridges. Does the ECU/Map have any influemce on altering the Turbo vanes?
C

These improvements come from a revised turbocharger,

Nothing else in the fuelling system is going to give a 20% increase in power and retain similar reliability/mileage, which is core to Honda ethics.
J

I hear what your saying, and that is my thinking as well. It's a different Turbo, but the only reference to it being different is that one guy stating that it is. If this was a Court of Law, the verdict would be 'Not proven. insufficent and circumstantial evidence only' lol. I'll keep you posted.
J

Update. I've just received an email from Genesis Turbo which states. The Turbo housings are the same, but the internals are different. Now we know .

I would still contact Garrett and get an official response, aftermarket turbo rebuilders are not always a reliable source. But it does make some logical sense.

Afternoon all, does anyone know if the Turbo on the Type S is the same on the standard 150idtec versions ? I have my eye set on a Type S that is up for sale, but it is in need of a new turbo. i cant seems to find a tubro for the type S but there are a fair few turbos on ebay for the 150bhp...
typeaccord.co.uk

From Jan's post it looks as though RL0 is the inventory for the 150 horsepower model and RL1 denotes bolt on power parts.
Last edited: Feb 24, 2020
J

Another update. After talking to Garret, guess what? Even they don't know. That part number from the eBay advert for the Type S 180hp Turbo, is (according timGarret) the same Turbo that is fitted to the 150ho Accord!!

Right then........after doing a bit more digging, well a lot more digging actually, I managed to get some more information regarding the 150hp (Standard i-dtec ) and 180hp (Type S i-dtec ) Turbos, and I can now confirm that the Type S does have a different Turbo from the standard ones. They both share the same housings, but the internals are different.
A big thank you to Genesis Turbos and Mark Knight of BTN Turbos, who between them have been an enormous help, particularly Mark Knight who went out of his way to dig deeper and come up with the definitive answer that the Turbos are different.

Here is an excerpt from ome of his emails to me.....

"I have had a look and the two Turbos do share the same frame type GTB1752VL and I cannot tell the difference between them, but there is no information from Garrett as to whether the CHRA is the same? My best guess would be to suggest they do have different internals, the way we catalogue Turbos is we group Turbos into groups that are interchangeable and ***ign them with a group number, these two turbos are not in the same “group” so I would suggest that they probably do have a different turbine and compressor wheels I suspect they may have a different pitch angle"

Now where is the nest place to have a turbo fitted? Fahad?

Sorry I cant be of much more help.

That’s really useful info and pretty much confirms some suspicions I had. Are you planning on swapping your turbo for a known Type S unit? You would need to ensure you get the right one to be honest, which it sounds like won’t be that easy unless you went to Honda or found a low mileage Type S breaker..

I’m going to put a new one in Fahad, otherwise there will always be that nagging doubt. I’m getting one from Genesis who are the ONLY guys who list one, and the only ones who originally told me it was a different Turbo on the Type s.

Can you see a part number on your existing one?

I can't remember where I read it but I do remember that the materials in the Type S core were different to the standard turbo.
As in different metallurgy was used for a lighter or more durable core.
2013 8th Gen ATS Tourer 2.2 IDTEC Black
Previously 2008 7th Gen EX Tourer 2.2 ICTDI
J

F6HAD said:
Can you see a part number on your existing one?
Click to expand...

They all have the same part number stamped on them, because it’s the same housing, that’s why it’s been tricky trying to ascertain if there was a difference.
You must log in or register to reply here.
Share:
to Facebook Twitter WhatsApp Email Link
Menu
Log in
Register
Top