What other cars have people got/had

So we all have a Accord in common what other cars have we all had ? Iv had a few cars.
1st car was a Ford Fiesta mk6.5

The current car is a Vauxhall vectra 1.8 sxi, it came up cheep and it's not a bad car.

I've had loads of stuff over that past 18 years from the crap (1600 mk3 orion ghia) to the great (S14 Sylvia - before they all got drifted) so these are the latest 3.
I also still own my first car, a 1275 mini, which will make a reappearance one day.

Love that leggy is that the twin turbo bilstine one ? The tourer looks tastie.
G

It's the n/a flat 6, but it was a spec B with the bilsteins, quick rack, alloy bonnet, 6 speed manual, LSD's etc. I added the brembos and the stainless exhaust.

It was the practical car I bought when we had our first kid. Put 90k on it with no trouble over 5 years.
Sold it because a new opportunity meant a £35 a day fuel bill. 18 months on, I still wish I had it.

As you'll know Danny, once you've had subaru you always want another. I miss all that traction, and that flat six wail at 7+ grand.

Had a Lhasa green mk1 GTi back when I was 18.
Now that's a great little car. All my friends thought I was mad because I bought a lightly modded one and turned it back into a standard car.
So progressive and easy to drive when at the limit on the OE 13's. Another favourite.

Had a 4 year car break where I only rode motorcycles.

In order, feel free to laugh at the first one

May have forgotten one or two, I've got pics of most of em if anyone's interested, I'm in the middle of getting ready for work right now so will have to dig some out later.
G

Andy if the Nova SR was your first car, that's pretty cool. 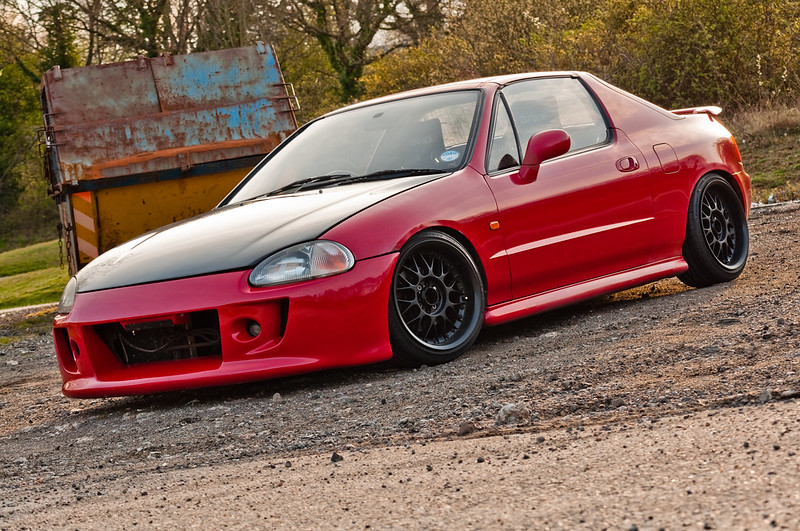 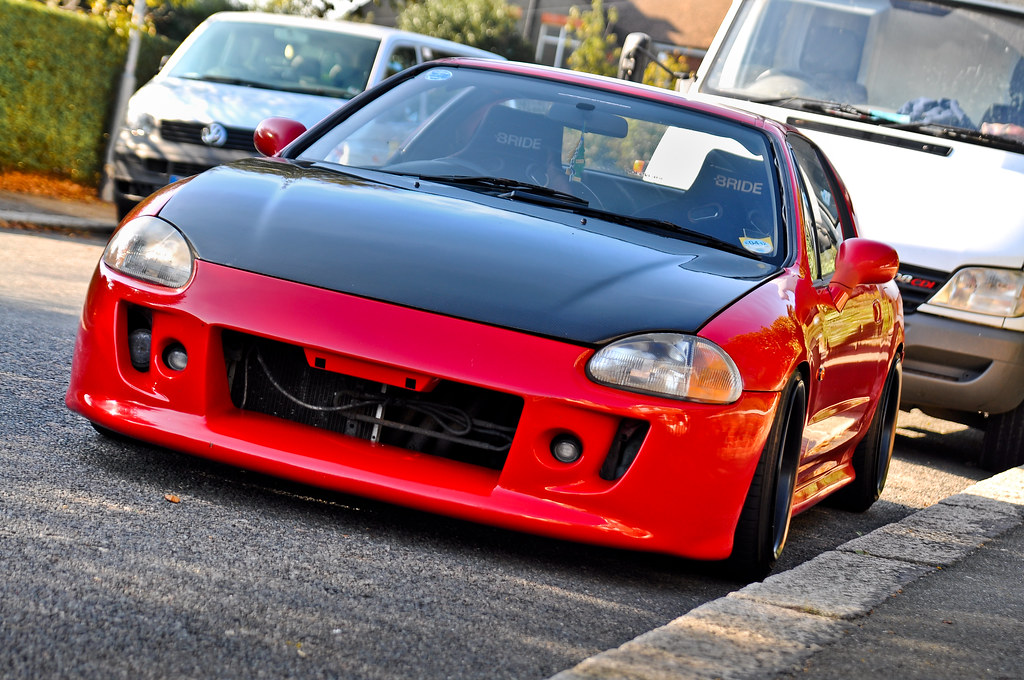 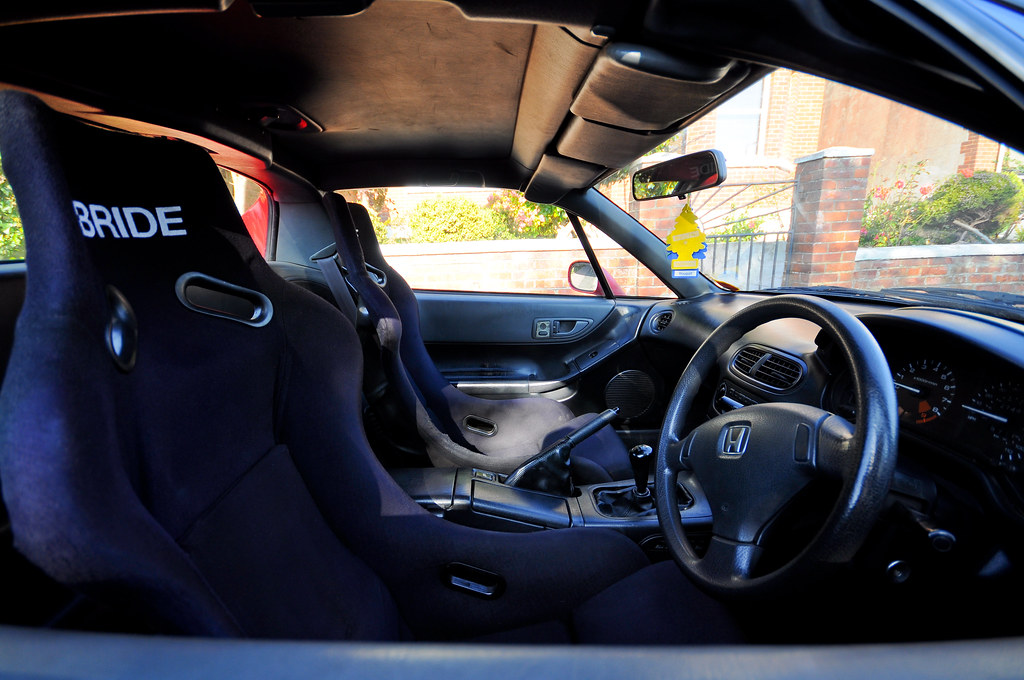 Then had it resprayed. 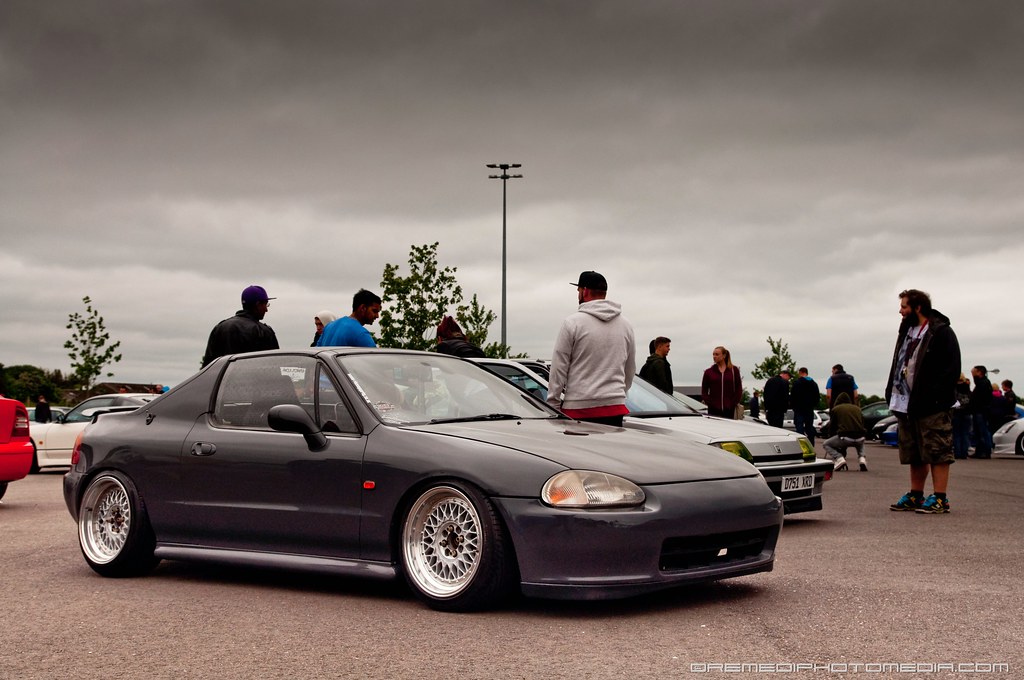 ^^smoothed OEM bumper i used for a while 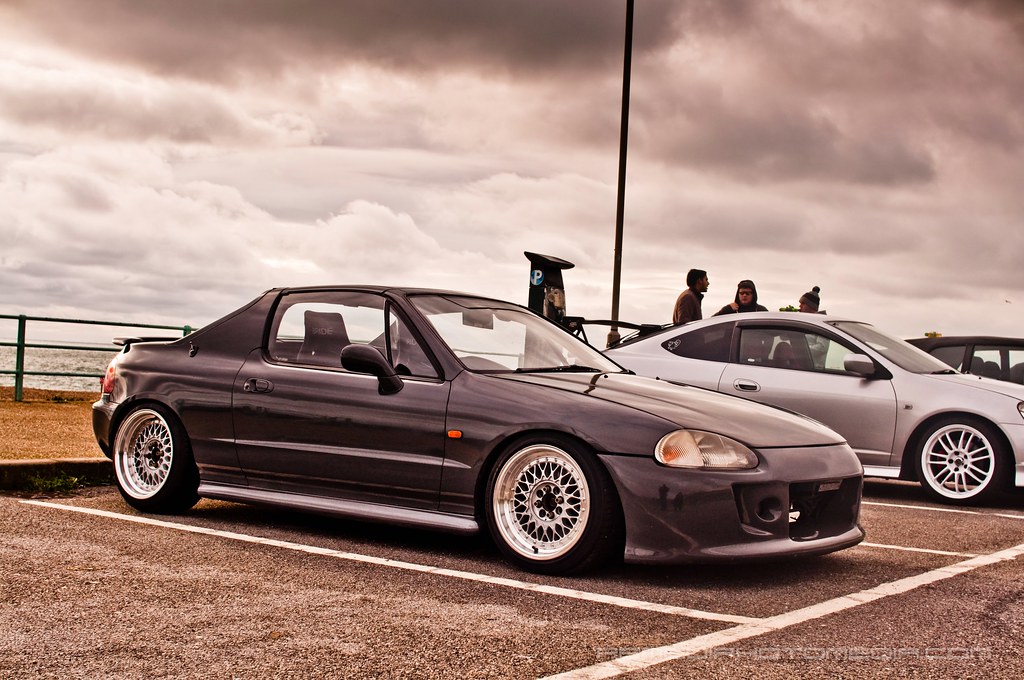 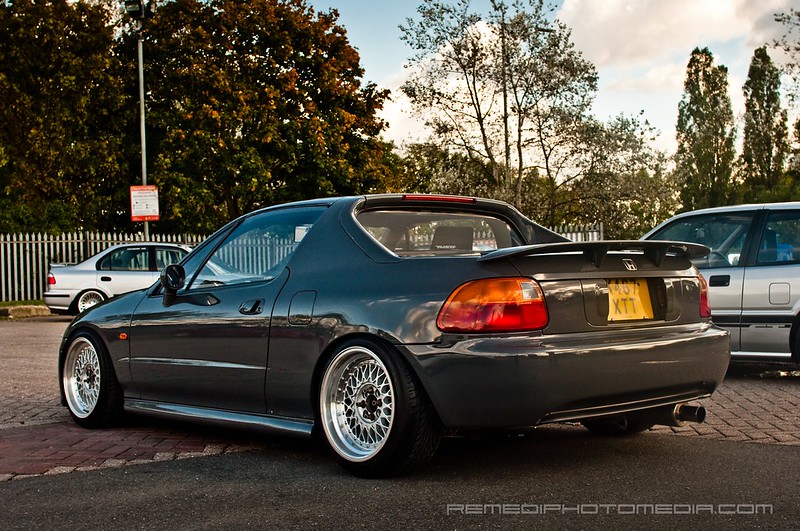 Needed a bigger car that was a diesel to carry my camera gear around so... 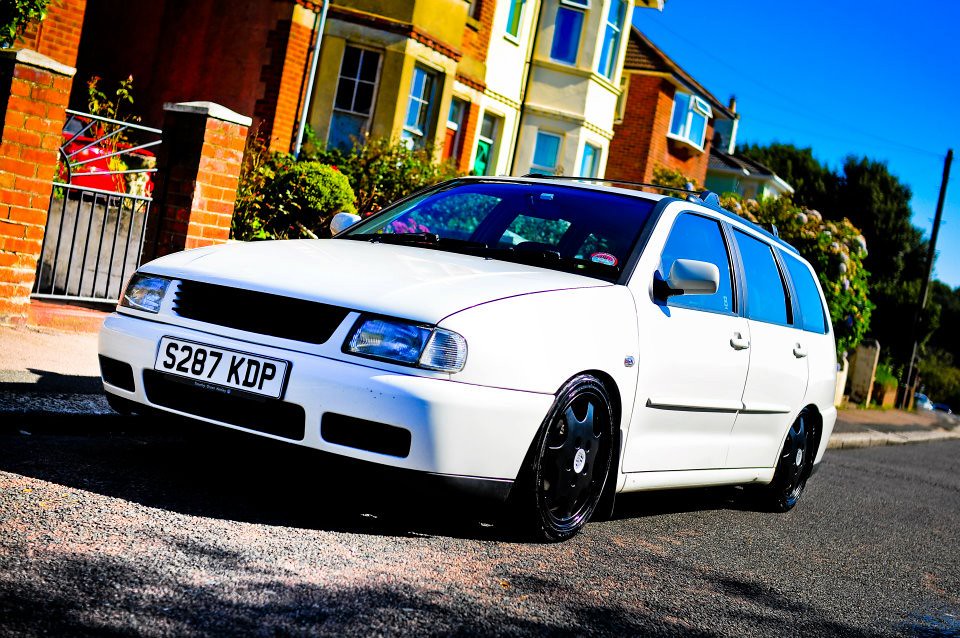 This was a really economical and quite reliable but slow as hell with no turbo.

Then a mate of mine was his re-mapped Audi A4 TDI i had to buy. Full ABT sportline kit and 19" LM reps. With the Milltek exhaust and remap this was so nippy. 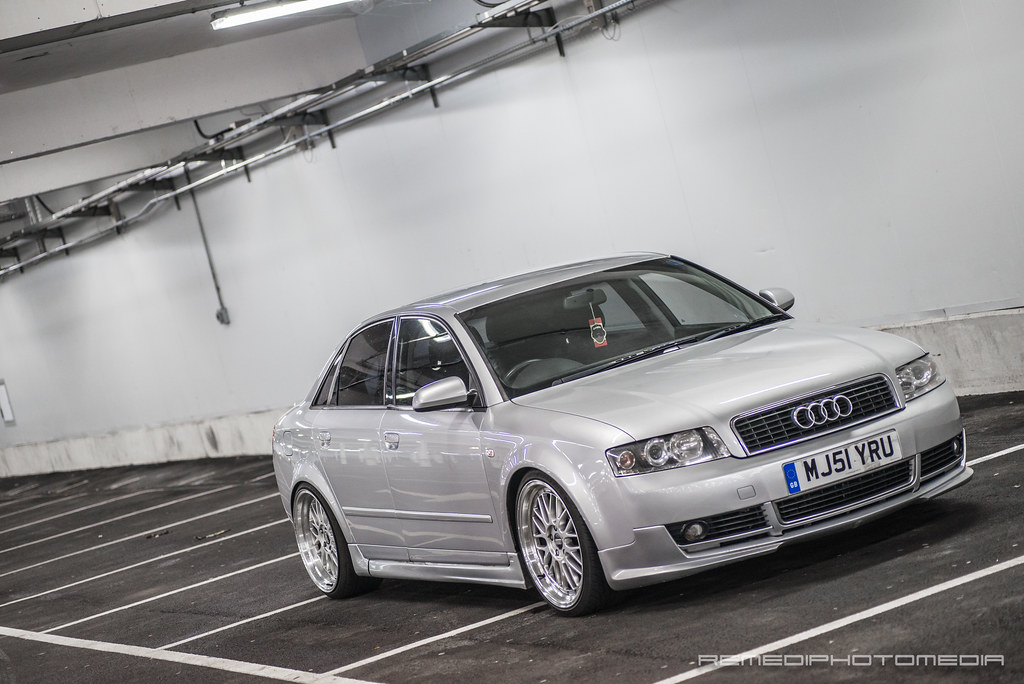 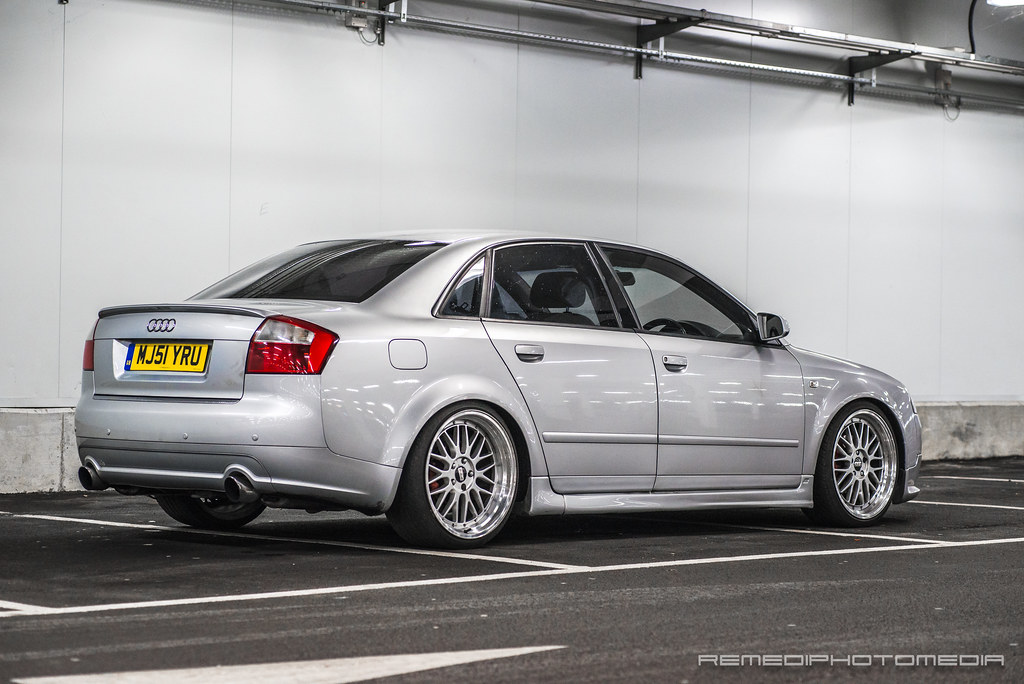 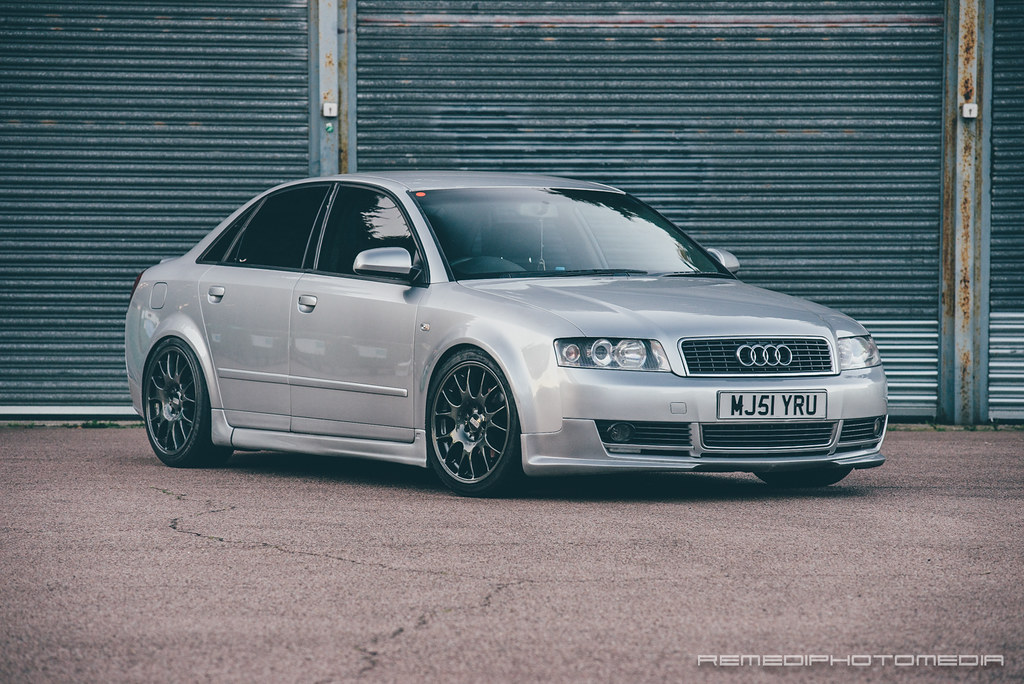 Then got bored of and fitted some LMs again only 9.5J all round :wacko: 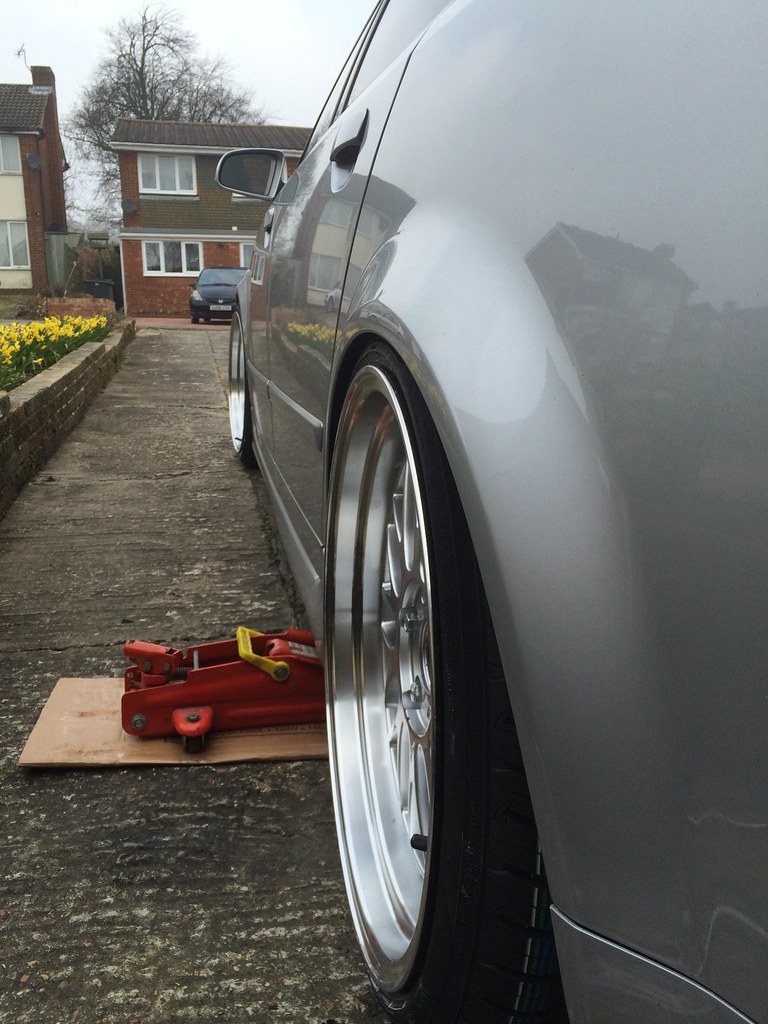 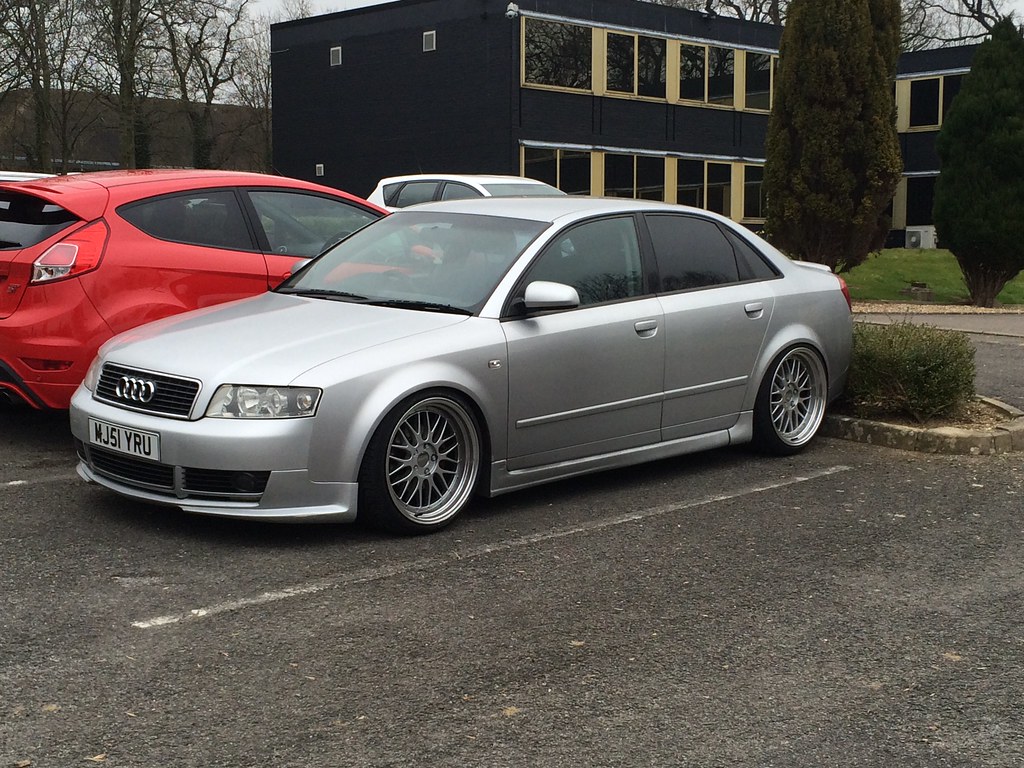 Guess you could say I love low cars

This how my accord currently looks.... 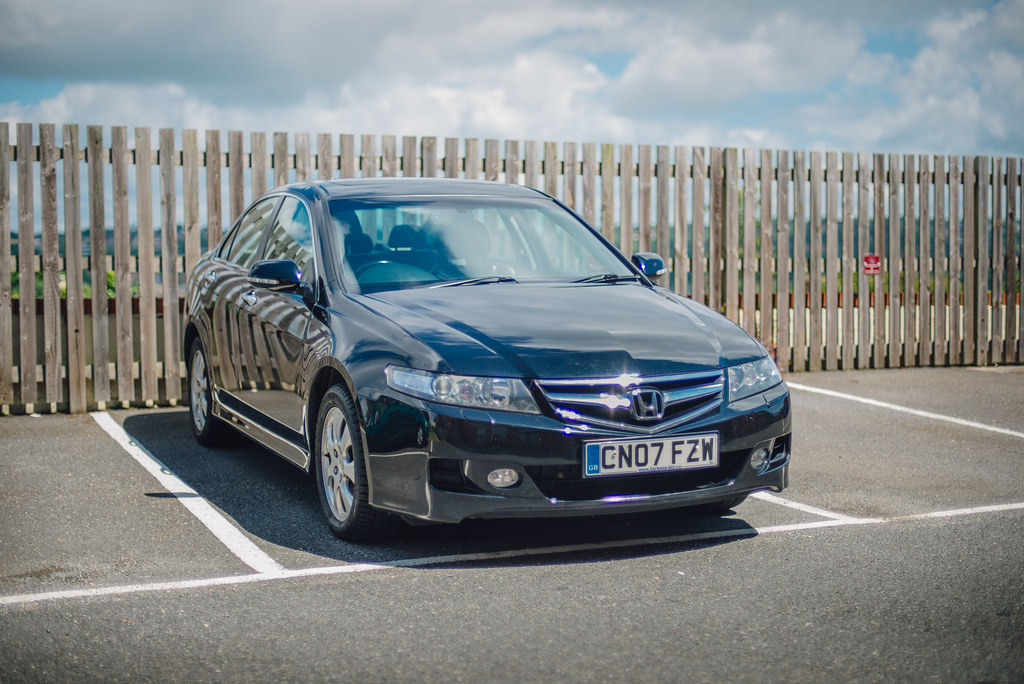 Taken last summer when I bought her. Only mod so far is an xlink bluetooth adapter.

I've got coilovers and 18" LM reps wheels (love the style of these :lol: ) waiting to be fitted but I just need to get the steering rack refurbed and replaced and maybe get some adjustable front/rear camber kits. not sure yet..
2007 Honda Accord I-CTDi Executive *Breaking for parts * Now owns a 2006 Accord Executive Tourer I My photography - http://www.remediphotomedia.com/ Instagram and Facebook - @remediphotomedia
M

My car history in order...:

VW Golf 1.6 CL (Mk2) (inherited from my grandfather)
Nissan 200SX (S13) (The one I'd have back in a heartbeat. Even though it overheated, blew the turbo and was full of rust... Loved every second of it)

Mazda Eunos (Brilliant car. spent a lot to get it to a decent standard, should never really have sold it, but needed cash to buy the next Accord....)

Currently repainting a set of Pentas, so hoping to have it looking a bit sharper in the next month or two!
G

Goodluckmonkey said:
Mattster- The civic, nothing quite like the joy of driving a slow car fast.
Spent a while driving slow small diesel vans, and there's something great about keeping up the momentum to maintain pace. Great training for driving a big diesel accord.
Click to expand...

I completely agree, same principle applies to bikes as well! Something slightly perverse about thrashing an engine to the redline but still only just doing 70...

That civic is incidentally also the only car I've been stopped for speeding in.... :blink: It would also break into liftoff oversteer at the smallest sign of rain. It's a pity you can't get a decent EG anymore...

I'll hopefully have your wheels all tarted up soon. got them shotblasted last week, just need to fill/sand/prime/sand/paint/lacquer now! Will get some pics up once done. B)
G

Awesome. Should look great on them.
I really like them as a wheel, just got the 19's almost new with fresh Toyos so cheap I couldn't refuse.
One man's need for quick cash is another's gain I suppose.

@goodluck I can remember the nova costing a fortune to insure at the time but I did love it, and yes the vectra was crap lol bought as needed the cash and had to sell the prelude.

Had a 1997 EK3 Civic 1.5 3dr in Silver, was my first car with low miles and bought from an elderly couple, had it for a few months before it got written off by a Corsa.

Then bought a 2001 Green Civic 1.4 3dr to replace it, this was a car I modified alot and spent lots of money on too, broke that for parts after 8 years ownership.

I had a few daily drivers in between consisting of a 2000 Honda Logo in red, great little car, but was suffering from the Pink syndrome and sold it on due to needing a bit more power.

Replaced the Logo with a 2002 Accord Sport which I liked alot, bought for £750 and had it a few months before selling it to a neighbour down the road, due to funding for a new car.

Then comes my current car which is my Accord Type-R, love it alot.

Had a daily in the form of a 2002 EM2 Civic coupe, good on fuel but poor elsewhere so I sold that.

Then switched to another brand for a bit, a Saab 9-3 Turbo, Good car but sold it due to a few issues it had.

Then had a 1997 Accord coupe for £450, rare car and a comfortable one too, sold to a fellow Honda enthuasist after a few months due to needing an Eco daily as I do alot of miles.

And here comes my current daily, 2004 Audi A4 1.9 TDI Sport, lovely car to drive and eco on fuel. Looks great and comfortable.

So ATR and the Audi are my two cars
R

I'll play:
Pug 205 1.9d (C reg..nicknamed the flying phlegm as it was rancid yellow with red spots thanks to hammerite rust eater..died driving to Newcastle airport before a lads holiday in Corfu..gutted)

Vauxhall nova GTE (in white…great car…made out of biscuits tins and extra weight reduction thanks to *** burns in the seats meant it was a flyer…sold it for some daft reason to buy..)

Subaru Impreza 2.0 sport (not bad but as it was the non turbo version it lacked grunt..some scrote keyed it outside the pub so traded it for…)

Subaru Imperza Turbo 2000 (did it properly this time…Loved this car..had it for 10 years and nothing went wrong…still miss it…kids came along and foolishly bought a ..)

Honda CRV (good sensible cruiser…plenty of room for kids stuff…cubbie holes for my flat cap and slippers…while the wife was having fun in..)

Honda Jazz (I know I know…actually a decent wee runabout that no one would ever steal, fitted lots of bikes in the back and ran on fumes..chopped to buy..)

Toyota Granvia camper van (22 year old bus with 3.0D landcruiser engine, double bed and fridge..whats not to like…still got it and my weekend toy for all sorts of shenanigans)

Honda Accord 2006 2.4 Executive( my new plaything for the daily motorway commute….2 months in I’m liking the comfort, handling, decent pull and toys…I think we’re gonna get along fine…if I can sort the rear brakes as per common theme on the site !)

MY other car. Dc5 integra typeR, owned it for 6 years next month. Spent too much on it and still spending lol

Got a big brake kit to install and a change of wheels. I sold my full set of 10 spoke volk ce28n and found a matching pair of te37 for the front and had them powdercoated.

Wow lots of amazing cars can't really knock a good 80s car can you with the likes of a Astra gte, nova or classic Ford. That DC5 tho It's lush. Them TE37s will look lush are they getting wrapped in Yokos ?

Blimey more than I can remember is the short answer !!

Had at least 15 classic mini's over the years along with many many others.

Lets see what pictures I can find!

One of the early & nicest Minis

An even earlier Mini that I had a slight bump in that put me in intensive care for a week but never put me off Minis!

Something a bit different.. Clubman estate shell on a Suzuki SJ chassis

Nice Toyota that somebody thought was invisible !

Puma and a Mini kit car I'll come to later !

Another estate that never got finished!

Something a bit bigger

I reckon it's not even half! It's just the pictures I can find in a rush !

Dannyp83 said:
Wow lots of amazing cars can't really knock a good 80s car can you with the likes of a Astra gte, nova or classic Ford. That DC5 tho It's lush. Them TE37s will look lush are they getting wrapped in Yokos ?
Click to expand...

My old 200sx S14a , would have this back in a heartbeat, really wish I never sold it.
Spent a lot of money on it but definitly had a lot of fun in it too

Grayedout.
Mine was the lime green clubman.

Was an awful lot of fun in the day. Too much money led now !!! :mellow:
Click to expand...

Yeah. Really appears that way.
A lot of money being spent on the likes of £50k class 7s to be the fastest unknown person to do this laps of a small field.

Everyone else had blueprinted 'standard' motors back then.